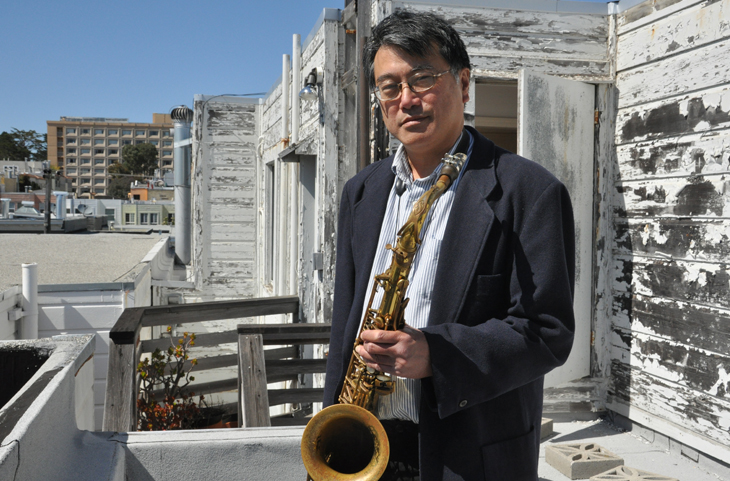 Wong Wei’s Gamble is a new four movement musical work by Francis Wong that will feature the composer, shamisen performer Tatsu Aoki, dancer/choreographer Lenora Lee, bassist John-Carlos Perea, guitarist Karl Evangelista, Yangqin (hammered dulcimer) performer Yangqin Zhao, drums and gong performer Karen Stackpole, trapset drummer Deszon X. Claiborne. WWG will memorialize the story of Wong Wei, the composer’s grandfather, a professional jockey and business manager who dared to open up the International Racecourse of Tianjin in northern China during the Japanese occupation of World War II - the once active course had been closed by the occupiers - as a means to provide employment and entertainment for the city during this dark period. In a move that risked being labeled a “collaborator”.

Few musicians are as accomplished as Francis Wong (musical director / composer), considered one of "the great saxophonists of his generation" by the late jazz critic Phil Elwood. A prolific recording artist, Wong is featured on more than forty titles as a leader and sideman. For over two decades he has performed his innovative brand of jazz and creative music for audiences in North America, Asia, and Europe with such with such luminaries as Jon Jang, Tatsu Aoki, Genny Lim, William Roper, Bobby Bradford, James Newton, Joseph Jarman, Don Moye and the late Glenn Horiuchi, John Tchicai, and Fred Anderson.