In May 2015, Professor Xiaoxing Xi was arrested and charged by the U.S. government for passing sensitive technology secrets to China. His home was raided by the FBI and he was widely labeled a spy, but months later all charges against him were dropped without explanation. The government did not understand the science in their case and had misconstrued Professor Xi's academic work. His case is the latest in a spate of wrongful prosecutions of Chinese American scientists for economic espionage. Come hear Professor Xi tell his story, and learn more about how you can protect yourself if you are unjustly targeted by law enforcement.

The panel will bring together perspectives on a broader history of racial profiling by the U.S. government in the name of national security, including wrongful espionage prosecutions of Chinese American scientists, profiling of Arab, Middle Eastern, Muslim, and South Asian communities post-9/11, and the mass incarceration of Japanese Americans during WWII, and will discuss the importance of building broad-based coalitions to combat such unjust targeting.

To learn more about Professor Xi's case and this event, visit scientistsnotspies.org.

Share on social media using the hashtags #scientistsnotspies and #endracialprofiling. 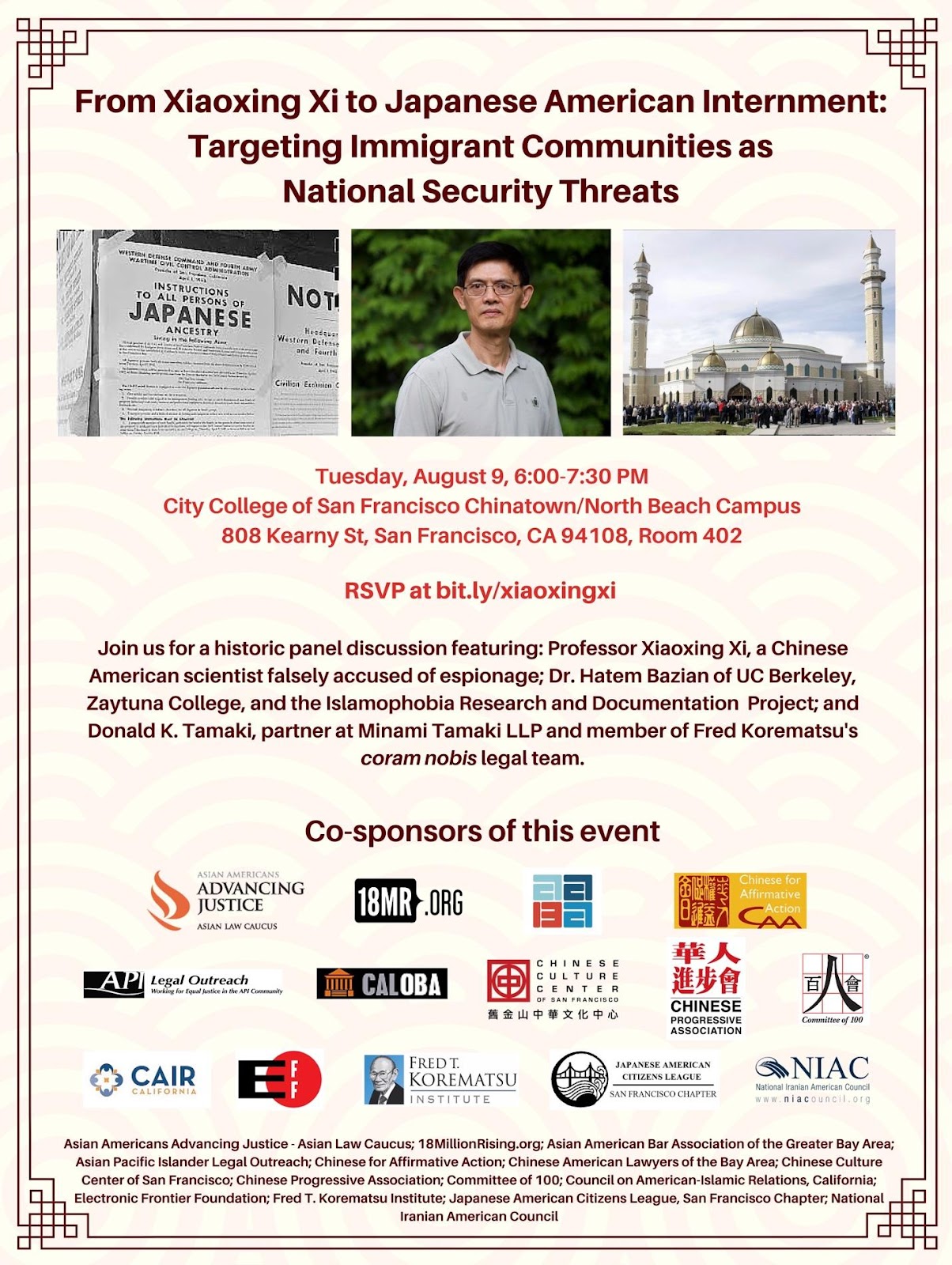