ImprovisAsians 2018: No No Boy Project 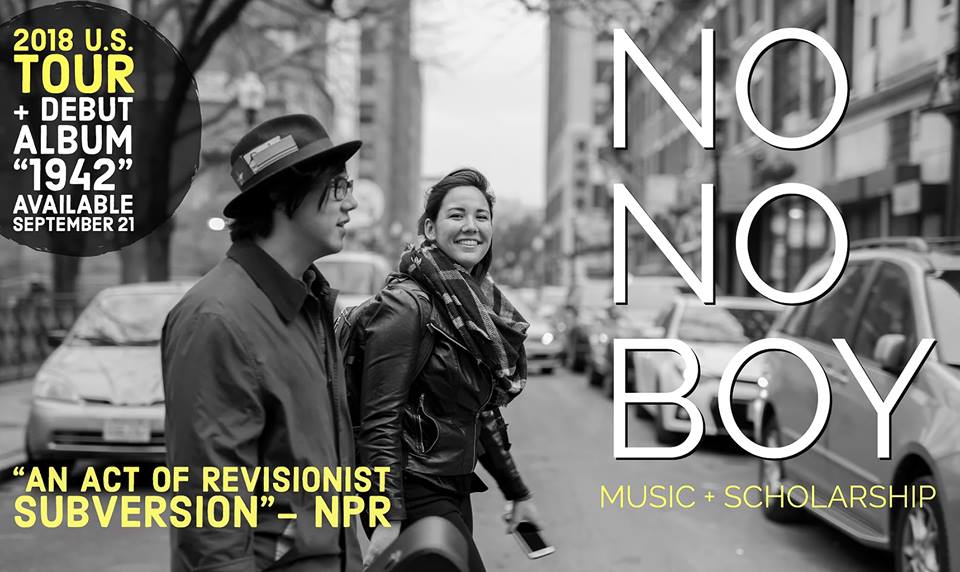 The No No Boy Project comes to SFSU as part of its 2018 Tour! Admission is Free as part of 2018 ImprovisAsians! presented by Asian Improv aRts, Sound and Social Justice Commons, and Creative Music Studies.

No-No Boy is a multimedia concert performed by Julian Saporiti and Erin Aoyama. Taking inspiration from interviews with World War II Japanese Incarceration camp survivors, his own family’s history living through the Vietnam War, and many other stories of Asian American experience, Saporiti has transformed his doctoral research at Brown University into folk songs in an effort to bring these stories to a broader audience. Alongside Aoyama, a fellow Ph.D. student whose family was incarcerated at one of the ten Japanese American concentration camps, No-No Boy aims to shine a light on experiences that have remained largely hidden in the American consciousness.​

Performing everywhere from universities and cultural centers to rural churches and bars, No-No Boy works to illuminate an understudied past and, in doing so, generate conversations about the present with diverse audiences. Using music to process their research and family legacies, Saporiti and Aoyama return often to a refrain they’ve heard spoken by those who have lived through the trauma of war and incarceration, “Do not let this happen again.”