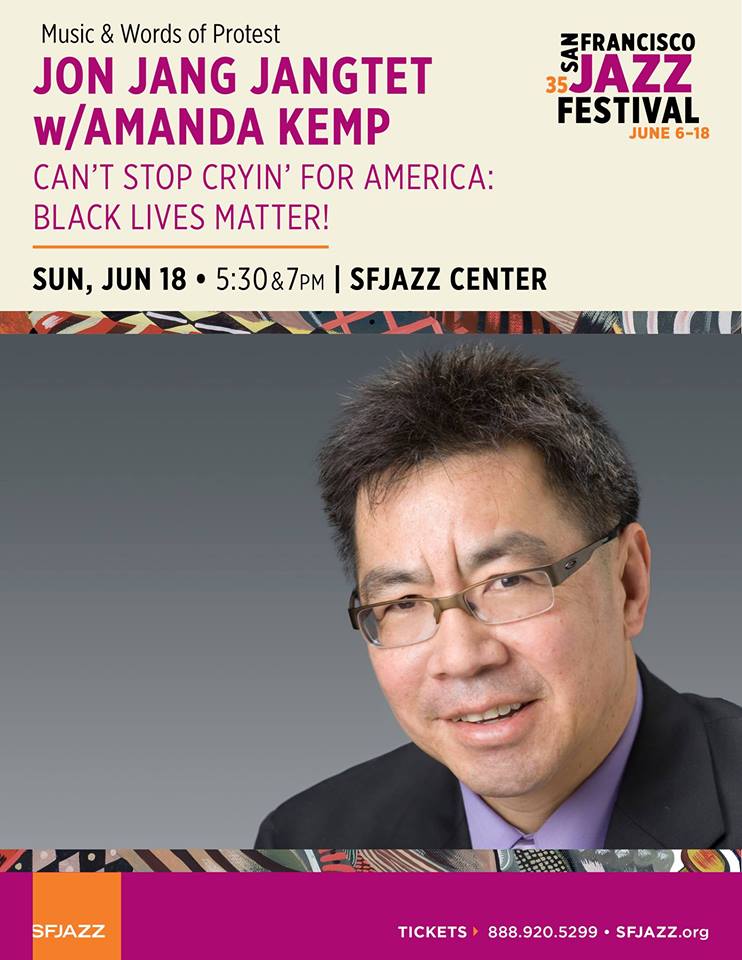 An esteemed Bay Area pianist and composer who has had a lengthy, historic relationship with SFJAZZ, Jon Jang returns with Can’t Stop Cryin’ for America: Black Lives Matter!, a new project-in-progress devoted to the seemingly endless list of young black Americans whose lives have been tragically cut short by violence in the recent past. The piece is a collaboration between Jang and poet Amanda Kemp, and organized into separate vignettes – each named for an African-American victim of violence including Eric Garner, Michael Brown, and Trayvon Martin, featuring Jang’s quintet in conjunction with Kemp’s spoken word. A recipient of numerous ASPAP awards and commissions from the National Endowment of the Arts and the Kronos Quartet, Jang is a pioneering artist who has consistently been one of the most vital and stimulating voices in the Bay Area’s cultural scene. His works have embraced topics of social justice, racial equality, politics, and history, and in particular, events relating to the Asian American experience. He is the founder of the Asian Improv aRts organization, and in 2010 presented the World Premiere ofAngel Voices: Rhapsody on Angel Island Poetry as part of the 28th Annual San Francisco Jazz Festival.