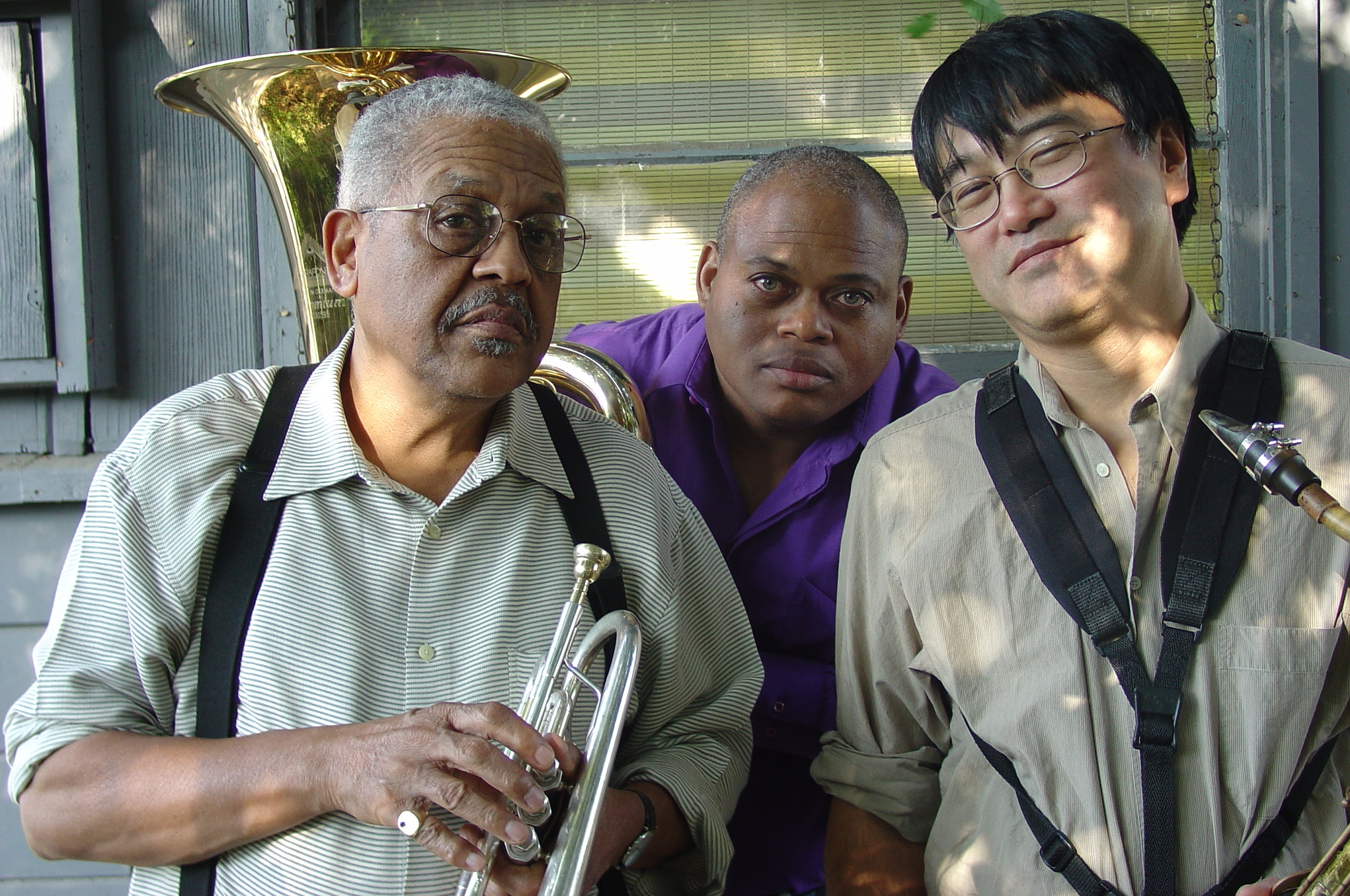 Musicians Francis Wong, Bobby Bradford, and William Roper, dancer/choreographers Lenora Lee and Melody Takata, will present an interdisciplinary concert in tribute to the late composer/instrumentalist Glenn Horiuchi and in celebration of the 30th Anniversary of the production company Asian Improv aRts.

For information on Glenn:

Bobby Bradford (cornetist, trumpeter, and composer) took up cornet in 1949 and played with Leo Wright, Buster Smith, and John Hardee (1952), with Ornette Coleman and Eric Dolphy in Los Angeles (1953), and in air force bands. After belonging to the Ornette Coleman Quartet in New York (1961) he attended Huston-Tillotson College (BM 1963) and moved to Los Angeles (1964), where he formed the New Art Jazz Ensemble with John Carter. He taught elementary school (1966-71), lived and worked in England (1971), then rejoined Coleman's group for a brief period in New York. From 1974 he taught at Pasadena City College and Pomona College, and from 1976 to 1978 belonged to the Little Big Horn workshop with Carter, Arthur Blythe, James Newton, and other free-jazz musicians. Bradford has performed most often with Carter; he has also appeared with David Murray Octet (1982-4), Charlie Haden's Liberation Music Orchestra (from 1982), John Steven's Freebop (1986), and his own group Mo'tet. As a composer he has been influenced by the blues and the music of Coleman.

William Roper (tuba) is an interdisciplinary artist based in Los Angeles. He has received awards from the NEA, CA Arts Council, L.A. Dept. of Cultural Affairs, Brody Arts Fund, ArtMatters Inc., American Composers Forum, Meet the Composer, Durfee Foundation and JUSFC. He has been a resident artist at Djerassi Artists Program - California, Oberfalzer Künstlerhaus - Bavaria, College of the Canyons - California and a Japan/US Friendship Association Creative Artist Fellow in Japan. He has fulfilled commissions from Dance L.A., the Gloria Newman Dance Theatre, Heidi Duckler Dance Theatre, SASSAS and the College of the Canyons Symphonic Band. His compositions have been performed by the California E.A.R. Unit, TaiHei Ensemble, Sounds New Ensemble, Duquesne Contemporary Ensemble, Cal Arts Cello Ensemble and others.

Few musicians are as accomplished as Francis Wong (Saxophone), considered one of "the great saxophonists of his generation" by the late jazz critic Phil Elwood. For over 30 years he has performed for audiences in North America, Asia, and Europe with such with such luminaries as Jon Jang, Tatsu Aoki, Genny Lim, William Roper, Bobby Bradford, and the late Glenn Horiuchi, Fred Anderson, and John Tchicai. Wong's imaginative career straddles roles as varied as performing artist, youth mentor, composer, artistic director, community activist, nonprofit organization manager, consultant, music producer, and academic lecturer.

For the last ten years Lenora Lee (dancer/choreographer) has been pushing the envelope of large-scale multimedia dance performance that connects various styles of movement and music to culture, history, and human rights issues. Her work has grown to encompass the creation, presentation, and screening of films, museum and gallery installations, civic engagement and educational programming. Lee creates works that are both set in public and private spaces, intimate and at the same time large-scale, inspired by individual stories as well as community strength. She has been a dancer, choreographer, artistic director, and producer for the past 18 years in San Francisco, Los Angeles and New York. In 2013 she was an Artist Fellow at the de Young Museum and a Djerassi Resident Artist. She is currently a Visiting Scholar at New York University, an Artist in Residence at Dance Mission Theater, and recently completed a newly commissioned work by Fort Mason Center in 2015.

Melody Takata has been performing in the traditional arts for over 25 years, from her upbringing in the Japanese American community of Los Angeles. She is founder and director of GenRyu Arts, established in 1995 as Gen Taiko and incorporated in 2008. She completed the ACTA master apprentice program for shamisen with Hideko Nakajima Sensei in 2003, and, in celebration of Gen Taiko's 10th anniversary, the ACTA master apprentice program with 90 year-old Madame Fujima Kansuma. Takata has been one of the most significant collaborators for Tsukasa Taiko's national expansion program.